You run a small business and depend on clients for your capital. A client hasn't paid an outstanding invoice, even after you've sent reminder after reminder. It's starting to feel like that client is trying to avoid paying you. What can you do? You have several options, like selling the invoice or taking legal action, that might get you some or all of your money.

Here are 8 ways to ensure your clients pay you on time and what to do if they don’t:

Before you agree to work with someone, research the person. Does he or she have a local reputation for paying on time, or do other small businesses refuse to work with the person because of late payments? If the prospective client has a bad reputation around town, you might want to avoid dealing with him or her.

You should have each client sign a contract with you before starting work. The contract should detail the project you'll be doing, how much the client will pay you, and when payments are expected. It will also state that you'll charge late fees if the client's invoice remains unpaid for a specific time. Be upfront about how much is the late fee. That way, if you have to take legal action, the client is legally bound by the contract.

3. Get Payment Upfront for Larger Projects

Many small businesses expect a percentage of payment upfront before work has started. Some expect payment during the project when each stage is done. This way, if the client doesn't pay the first invoice on time, you can stop working and refuse to finish the project until you get paid. Or you know not to even start the project if they won't pay upfront.

Small businesses should always charge late fees for unpaid invoices. Set up a structure for late fees that you use on every client, ideally a written policy on the contract or invoices. Start small, perhaps 10 or 15 days after an invoice goes unpaid.

You can send a message beforehand that because the invoice has gone unpaid for so long, you're going to have to add a late fee if it isn't paid within 48 hours, or something similar. You did the work, and they aren't holding up their end of the bargain. So a late fee at this point is completely fair. Keep tacking on those late fees if they still haven’t paid after your reminder.

So, your contact person isn't responding to your messages. Try reaching out to someone else at the company. Get an email address or a phone number from the business' website, LinkedIn account, or social media profile. If sending online messages isn't working, call. If that doesn't work, and the client is in the same city as you, stop by the client's office. It might not be worthwhile for a $100 invoice that's unpaid, but if the client owes you thousands and is months late, an in-person visit could do the trick.

It probably goes without saying, but don't do anything more for a client with a late invoice. Many small businesses expect payment partway through the agreement to ensure that the client will actually pay. Plus, you have more leverage for getting that invoice paid if the client is still waiting on half of a project.

Whether you have more work to do for that client or the client wants to hire you for something else, don't do any more work until you get your money. Even after you get paid, depending on how much of a hassle it was, you should consider not working with that client again. If you do, charge them half up front, and tell them you expect the invoice to be paid before the final project is delivered. Otherwise, find clients who will pay you on time.

With factoring, you sell your invoices to a company for upfront payment. Usually, the company offers you a percentage of what the invoice is worth. For instance, Kabbage offers 75%, which is a great deal if you've been dealing with an unpaid invoice for months on end with no payment in sight.

Keep an eye out for additional transaction fees or percentage deductions before you do factoring. Losing a quarter of what you're owed isn't ideal, but if you're wasting too much time trying to get someone to pay a bill, factoring gets you a good amount of money and removes the hassle from your life. That way, you can focus on doing work for clients who actually pay their invoices on time.

Many small businesses don't want to seek legal action because it's expensive, time-consuming, and a little nerve-wracking. But if there's a small business lawyer in your area who charges good rates for sending letters for unpaid invoices, contact that lawyer. Sometimes just the threat of legal action is enough to spur people into opening their checkbooks.

You can also tell the client you'll be filing a claim in small claims court. Your state will have specific laws about how much the client has to owe for you to be eligible to go to court. It's usually in the thousands but under $10,000.

Small businesses don't have to let clients take advantage of them. Show that you're willing to stand up for yourself. 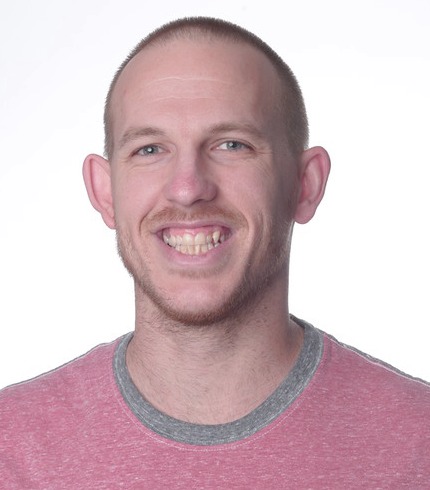 How to Deduct Bad Debt

If you mistakenly forgot to deduct a bad debt on your tax return in the year it became worthless, you can file a claim for a credit or refund. Read more

A common challenge for small business owners is keeping their cash flow on an even keel. These 7 ideas can help you navigate a temporary cash shortfall. Read more